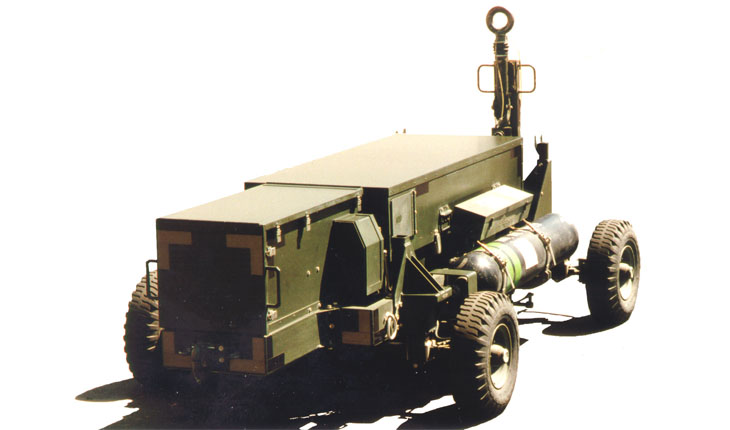 With a successful LALS program ongoing for the US Navy, common assemblies and parts were utilized to produce a USAF LALS specifically configured to meet the Air Force needs for servicing the F-15 and F-16 in less than five minutes.

Commonality with the Navy LALS was maintained through the use of many of the linear linkless storage container components while expanding the storage capacity to 2100 rounds. Further commonality with USAF hardware was achieved by using existing trailer and pneumatic drive system components.

The storage container, conveyor assembly and aircraft interface unit are all housed in an environmental enclosure, designed to protect both the system and its ammunition payload from the variety of elements encountered during operations.

The USAF LALS enclosure incorporates a narrow profile design that facilitates easy positioning and operation in the presence of various external aircraft stores.

Other features included are automatic internal timing designs for quick servicing and maintenance of the system, stacking posts that enhance storage and shipping capabilities, and the ability to operate with pneumatic or manual power.