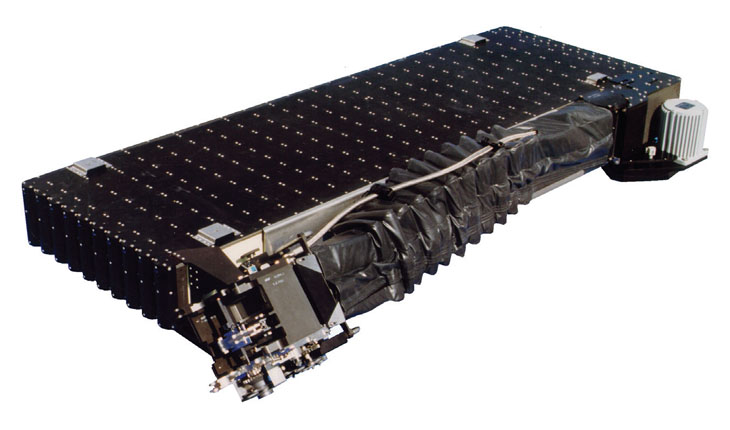 The Phalanx Deckloader System (PDS) is a compact, high density rapid replenisher designed specifically to reload the Phalanx CIWS. The PDS allows total turnaround of the Phalanx CIWS replenishment in less than 4 minutes with only a crew of two.

The PDS mounts on top of the Phalanx ELX with no modifications and provides a flat, non-skid surface that functions as a work platform for reloading operations as well as weapon system maintenance.

The PDS consists of a linear linkless magazine, electric motor and controller, flexible chuting, and an improved loadhead eliminating the need for troublesome timing pins and marks with the use of a Self-Timing Ammunition Rotor (STAR). This product proven ammunition system technology is also found in similar applications on the U.S. Army AH-64 A Apache, the U.S. Air Force AC-130U Gunship, and the U.S. Navy’s LALS II Aircraft Replenishment System.