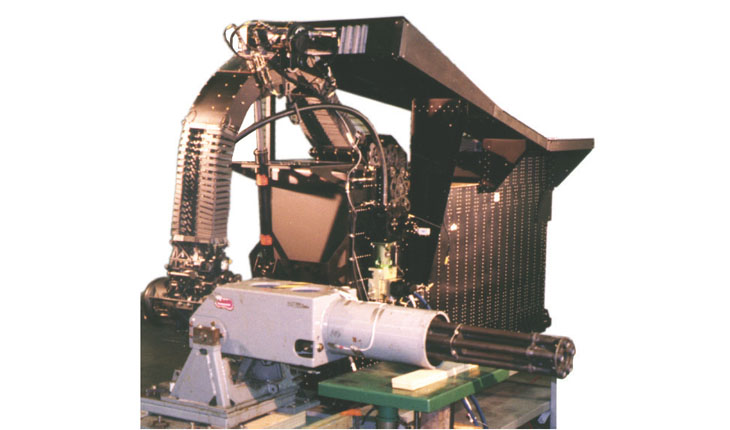 The AC-130U spectre gunship, operational in the US air force since March 1996, utilizes the Meggitt Defense Systems 25 mm ammunition storage and handling system (ASHS). It is the worlds largest linear linkless feed system, storing 3000 rounds of ammunition to feed the GAU-12/U five barrel gatling cannon at a rate of 1800 shots per minute.

Mated with Delco’s trainable gun mount system, it provides a firepower and lethality enhancement heretofore unknown in the spectre series of aircraft.

ASHS is hydraulically-powered and is tied mechanically to the gun through a flexible drive shaft. System control is provided through electronic commands from a remote crew station on the gunship.

ASHS versatility is demonstrated by its acceptance of linked or bulk ammunition during loading, its ability to download spent cases while uploading new rounds, and its capability to distinguish between live rounds and spent cases at the end of firing a burst for reverse clearing of the weapon, providing safety for both crew and gun.