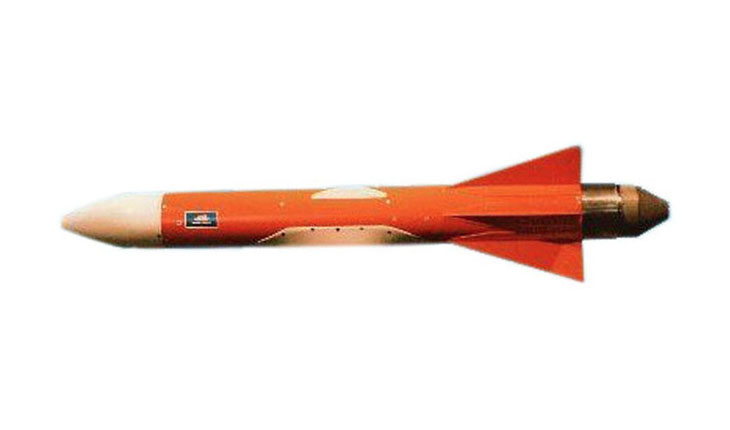 The TIX Infrared Augmented Tow Target is designed for use with weapon systems or trackers that employ heat seeking guidance technology. An infrared emitting propane burner which operates at approximately 1135C, provides the infrared output.

The TIX infrared augmented tow target features a constant infrared emitter with an IR signature that simulates a jet aircraft engine operating at military power. IR augmentation is provided by a propane-fired burner located in the aft end of the target. The propane fuel is contained in a stainless steel tank in the forward end of the target body. The fuel/air mixture is ignited by a spark plug which is powered by an ignition module located in the target launcher. The TIX electrical system receives power through an electrical disconnect in the launcher, which assures the target burner is operating properly before target launch can occur.

The TIX is designed to be launched and flown from either the Meggitt LTC series of launchers, drone aircraft launchers or from two-way reeling machines.