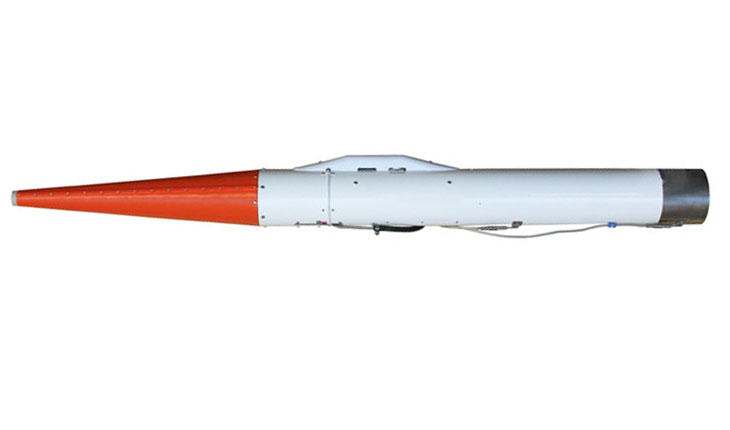 The APC-4 Plume Generator is an infrared augmentation device, which, when attached to the wing tip of a remotely piloted vehicle (drone) and operating, provides a realistic simulation of the IR signature of a turbo-jet aircraft engine.

The purpose of the wing tip plume generator is to augment the IR signature of the drone and to create an all-aspect IR source for IR-guided and fuzed missiles and ammunition.

When used in such a manner on a high-speed maneuvering drone, the plume generator pod becomes an ideal target and protects the drone from destruction by decoying the missiles away from the drone engine, thus substantially improving drone survivability.

The APC-4 utilizes jet fuel from the drone to produce hot exhaust gases that closely simulate the infrared signature of a turbo-jet engine. Breakaway adapters mounted to the drone wing tip assist in preventing damage to the drone when the pod is hit. In many instances, only the pod is destroyed or damages and is easily replaced or repaired.