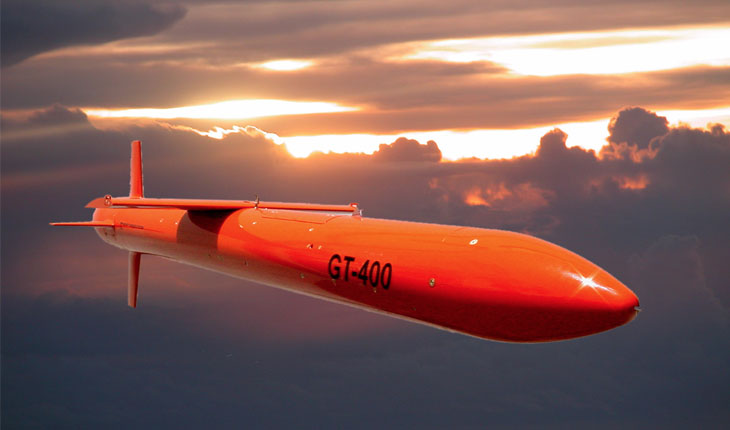 The GT-400 glide target is a low cost, expendable target designed for day to day, live fire exercises where conventional towed targets or expensive jet target drones are not an option.

The GT-400 has been successfully deployed and engaged by radar guided air-to-air and sea launched missiles such as the AMRAAM (AIM-120), Standard Missile and Aster 15 from target towing aircraft such as the Lear-35 and Dassault Falcon-20 in the USA, Australia, France and Spain. While the basic target without augmentation provides a RCS of less than 0.1 m., it is typically enhanced by the inclusion of radar reflectors in the nose and/or tail cones.

Carried and launched in the same way as a standard towed target, it is reeled out and towed for as long as needed (time limited only by the tow aircraft on station fuel limitations) prior to being released to execute a mission profile that has been pre-loaded into the auto-pilot. The flight profile can be changed, up to the point of release, to allow for any required last minute flight changes that might arise due to a fouled range area or operational need.